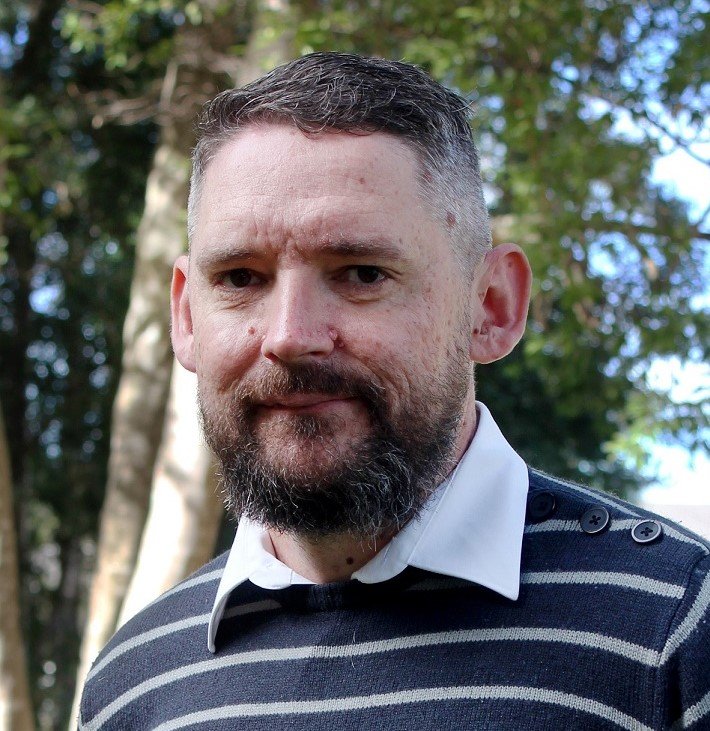 Carinity has welcomed Brett McLachlan as the new coordinator of Inside Out Prison Chaplaincy.

Introduced to church in his later primary school years when his parents turned to Christ during a difficult time, Brett committed to becoming a Christian when he was 18 after some young adult ministry leaders ran a Christianity Explained course.

After finishing school, Brett completed an apprenticeship as a car mechanic then worked for the Hand Brake Turn program for at-risk youth. It was during this time he felt a calling into ministry, and was encouraged to explore Bible College.

Brett and his wife and moved to Sydney so Brett could study fulltime at Morling College. During his studies, he took on Student Pastor roles at Regents Park Community Church and Blakehurst Baptist Church. He later became an Associate Pastor and was ordained as a Baptist Minister.

After serving as Pastor at Batemans Bay Baptist Church, the McLachlan family moved to the Gold Coast to serve at Mosaic – a Baptist Church, where Brett was Associate Pastor. A key component of this role was the ministry of pastoral care.

“When I came across the opportunity for the role of Inside Out Prison Chaplaincy Coordinator for Carinity, I really sensed a calling towards this role. My calling is to provide care to people of all circumstances,” Brett said.

“Having gifts in leadership I look forward to serving the team of Prison Chaplains to enable them to provide pastoral care to prisoners throughout Queensland.”