The best day of my life 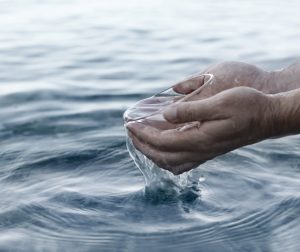 On Saturday 10th February, my husband and I travelled to Crow’s Nest to a property just outside Toowoomba to attend the baptism of Landon. It was the best day of my life. I have been a prison chaplain for almost five years and had the privilege of seeing inmates believe in Jesus and notice changes in their lives only to re-offend and return to custody. But the change I see in Landon* is different.

I caught up with him at Christmas for a coffee and chat. I looked for the old Landon in his eyes but he had gone. At times in the past, he had been a bully. He had bullied other inmates; standing over them for their medication or for drugs. He had bullied me once when I had visited him at Maryborough C.C. He had some sort of substance in his system that day and he was paranoid and aggressive; I nearly cancelled the visit early but persevered, leaving confused and in tears not understanding what I had experienced. He was not always an easy fellow to engage with. He was intense and his persona unpredictable at times. I first met him as I watched him meticulously tear a page from the Bible and roll a ‘prison cigarette’. But there was something about him that kept me coming back time and time again. He was an endearing scoundrel at heart and I knew that God had a plan for him.

I have known Landon for about five years now. We have been through a lot together. I saw God’s favour as he went to court and received a merciful sentence and I saw His favour when he got accepted into a Christian rehab and when he finally got parole after initially being rejected. Landon went to that rehab. It was there that he learned of his terminal liver cirrhosis and from there, went to a healing service and was miraculously delivered. He is truly a trophy of God’s grace. At the rehab, he ministers to the younger ex-prisoners having a powerful testimony and a passion for the Lord that is contagious. He is no longer interested in his former occupation in the construction industry but is now pursuing Christian counselling courses to be a case worker at the rehab. His children are also influenced by his new life and are enrolled in a Christian school. His mum is amazed, too overwhelmed to believe that her son who she lost to heroin at sixteen, has now returned ‘home’ twenty years later. She too seeks the Lord to change her life.

So that is why this day was so special. I got to see God change Landon through and through. My husband said that he was so nice. Landon read from Romans 6:2…”we died to sin, how can we live in it any longer?”. All present, huddled together in prayer, a small contingent of people who have been significant in his journey of faith; his pastor, his counsellor, his case-worker, his new friends – volunteers who have successfully finished the program, his mum, his boys, his chaplain and her husband. Landon honoured me saying that I was the angel who God had sent when he cried out for help in the detention unit. This was my day of vindication for the spiritual journey that I needed to undertake to get me into the prison and to this point in time of ‘bearing fruit – fruit that will last’.

But, it is not about me, I am no angel, and it is not about Landon; it is about God’s faithfulness. We just get to be part of what He is already doing in the prison…”For He who began a good work will carry it on to completion…” Philippians 1:6.