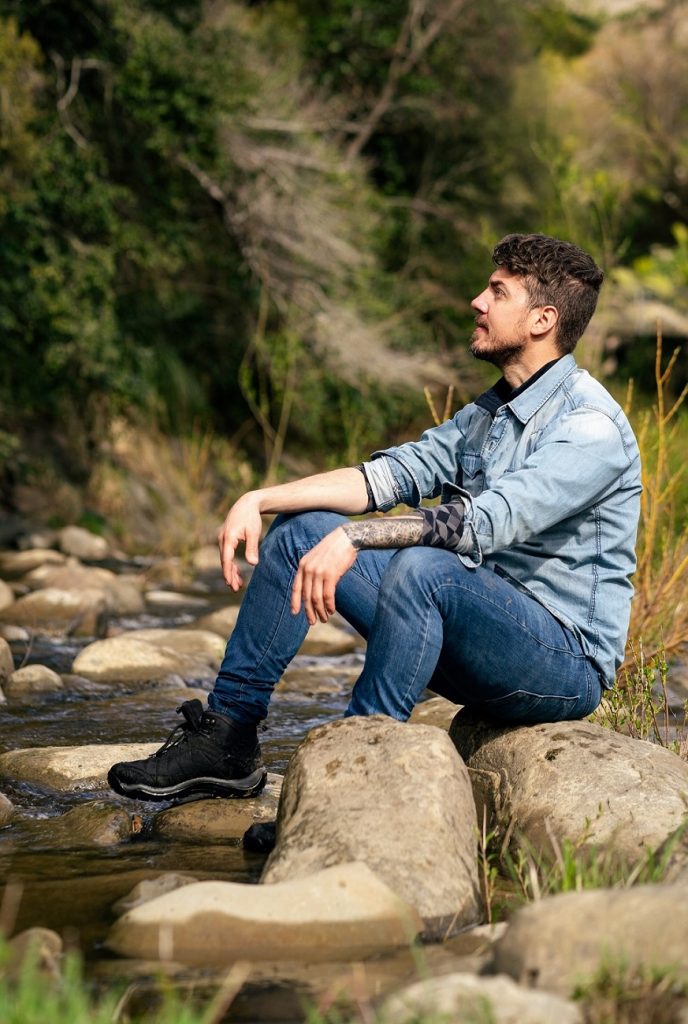 Byron’s* story isn’t like many who find themselves in prison. He didn’t grow up in an abusive home, or experiment with drugs to mask the pain of neglect. Byron’s parents were good people, who worked hard and provided for all the needs and wants Byron and his brother had. The result was that Byron grew up with a sense of entitlement.

And when he first encountered pornography online at a young age, he was instantly hooked. It became an addiction, with the same effect on his brain as drugs. Every day, Byron watched women being mistreated and hurt on his screen, not realising that moment by moment, it was destroying his mind.

One day, he looked after their five-month-old son while his girlfriend attended a party but when he couldn’t stop the baby from crying, he became angry and shook the baby. Hard.
Miraculously, the baby survived but Byron was arrested and his long-term girlfriend left with their son, and a court order prevented him from seeing or contacting them for years.

Byron knew immediately that something needed to change. So did his mother. She invited him to church that Sunday, while he was out on bail before his trial. Together, they received Jesus Christ as their Lord and Saviour.

Byron had grown up in a religious home but had never before encountered the love of Jesus. For years, he had wanted to change but didn’t know how to. Until that Sunday morning, when he knelt at the cross and finally realised the destruction in his life.

On his first day in prison, a fellow prisoner invited Byron to join his Bible study. Byron enthusiastically accepted and found himself sitting in a room, surrounded by prisoners, all talking about the transforming power of Jesus Christ.

Byron felt truly free. Free from addiction, destructive behaviour and the desensitising effect of pornography. His mind was being renewed, day by day.
Prison chaplains brought the men resources, Christian books and DVDs, and helped them organise a discipling course. Many prisoners came to Christ because of the fearless faith of the prisoners in that Bible study group.

Today, Byron is free: in his heart, mind and body. Life on the outside is busy. He’s working for a construction company and studying Theology through an online Bible College with his mum.
Most nights, you’ll find Byron volunteering with a homelessness ministry, or helping other ex-prisoners reintegrate into society – helping them find jobs, accommodation, and a church community.

His word of encouragement to our prison chaplains is simple: never underestimate a word of life. It could be a defining moment. He saw young men who were contemplating suicide choose life, after an encouraging word from a chaplain. He saw lives changed, relationships restored, and minds renewed.

Byron hopes that he’ll be able to see his son again soon. Until then, he’s praying for him every day. Byron knows that God has a mighty plan for his life.