We work with prisoners, transforming their lives from the inside and out.

GET THE INSIDE STORY

Inside/Out Prison Chaplaincy is overseen by a Committee of Management, who are members, elected on a bi-annual basis at the Association’s Annual General Meeting. The Committee is responsible for ensuring that all aspects of governance and accountability are fulfilled. 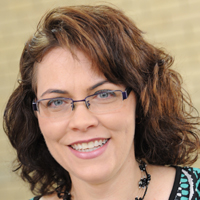 Ms Krista Bonavia is a member of the Citipointe Church at Carindale. She holds a Bachelor of Business Management (Human Resource Management) and has over 20 years experience working a a HR advisor to a range of businesses – not for profit, Government-owned corporations and private industry. Krista also holds a Graduate Diploma in Ministry Studies from Christian Heritage College. She has served as a volunteer in the area of homeless ministry – working on a street van for approximately 6 years and running a weekly program for homeless women in the Pindari Women’s shelter for approximately 3 years. Krista has a keen appreciation for nature and enjoys mountain bike riding and swimming.
Mr Greg Christensen has been an active Christian for over 40 years, currently worshiping with Kalbar Baptist Church. Due to work related career movements, he has been a member of a number of Baptist and Churches of Christ fellowships across Australia, both as a deacon, lay preacher and worship leader. With his wife Denise he has raised three, now adult, children. Most recently Greg has returned to Qld and commenced operating an independent Business Coaching and Strategy business. Previously he has held a range of senior roles across a number of major Australian businesses, leading a range of corporate functions and delivering change programs for business renewal. 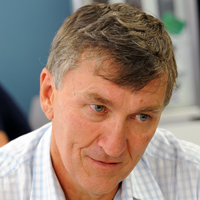 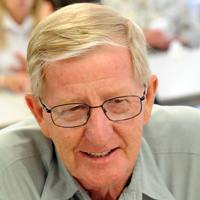 Mr Alan Frankham has been involved in various ministry positions, church planting, beach mission, pastoral work and chaplaincy, interchanged with work in industry such as engineering, electrical and sales. He has also worked extensively in disability services with experience in management housing co-operatives and camps. He has been a chaplain since 2008, serving in Maryborough, then Borallon and now Southern Queensland C.C. After the passing of his first wife, he married Myril in 2000 and has been filling in at various churches in pastoral work since. He has nine children, and 26 grandchildren. He enjoys his time in a rural setting, at Kalbar, and also travelling in his caravan with Myril. Alan was elected as Chair in 2014.
Mr Bruce McArthur has a Civil Engineering background, working with private consultants and local government for approximately 30 years. Bruce is currently employed by a consulting engineer at Toowong. He is also a Telephone Counsellor with Lifeline Gold Coast for 2 years; Church Treasurer at Southport for 2 years; and has a past involvement with Boys Brigade New Zealand. Bruce has interests in the outdoors, travel and caring for others. He is married to Trish, who served as a chaplain with Inside/Out Chaplaincy for a period of time. Bruce has served as deputy-chair for a number of years on the Committee. 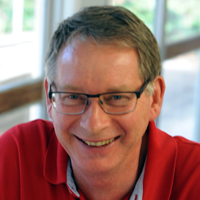 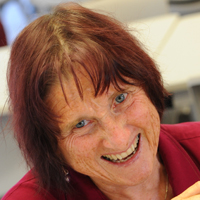 Ms Kaye Oakley is a member of the Bardon Anglican Church, where in recent years she has been appointed as a Warden and Church Treasurer. For the past 12 months she has worked with us as assistant to the Director. Her involvement in prison ministry stems back many years when she was part of a team involved in delivering church services at Palen Creek C.C. Kaye is involved with a variety of Christian ministry organizations using her accounting and administrative skills to assist in their work. She holds degrees in business and theology and is a Certified Practising Accountant (CPA). Kaye was elected onto the Committee in 2014 and serves as our treasurer.