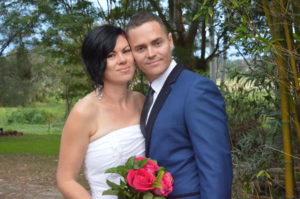 Like so many others trapped in a life of crime, Adam made bad choices which snowballed until he found himself in prison on a murder charge.

It started out as a few drinks with mates; then someone introduced drugs into the mix. Before he knew it, Adam was dabbling in ice and hanging out with “debt collectors”.

He and his associates decided to plant drugs in a rival’s house but were discovered, and a fight broke out. A knife was pulled, and in the scuffle, the rival was killed. Caught red-handed trying to dispose of the body, Adam was remanded in custody.

Always fascinated by the spirit world, when Adam’s friend on the outside visited a clairvoyant, Adam was curious to see what the future held for him. Armed with nothing but a photo of Adam, the clairvoyant told his friend that Adam was “in a lot of trouble” and would have to make a “serious decision”.

“If he makes the wrong decision, it will end very badly for Adam. He must stay away from ‘Kevvy,’” the clairvoyant said.
A couple of years later, the clairvoyant’s words were long forgotten, and Adam found himself sharing a room with a bloke called “Kevvy”.

When Adam got into a fight, Kevvy snitched to the guards.

Adam was sent to the Detention Unit and in the loneliness of lockdown, he had time to reflect. He recalled the clairvoyant’s warning and realised the spirit world was real. But he also knew there
was more to it. The next time a Prison Chaplain walked past, instead of ignoring him, Adam started asking questions. For the first time in his life he heard about the redemptive power of Jesus
Christ and encountered His love.

Finally, the day of his hearing arrived. The charge of murder was downgraded and with time already served Adam was released that day. He has been out for jail just over three years now. His Good Behaviour Bond ended in July and Adam is looking forward to a positive future.

On release, Adam connected with a local church where he has been serving in the Young
Adults’ Ministry.

He recently married and is close to completing a Diploma in Christian Ministry and Theology. Looking back, Adam can see God’s hand in his life at every moment, even in the midst of his criminal activities.

Just a few short years ago Adam was staring into an abyss but Prison Chaplains gave him hope and a future through the life-transforming power of Jesus.

[…] Adam’s story doesn’t bring a tear to your eye, then please read it again. The difference in his life from […]