Growing compassion for the prisoner 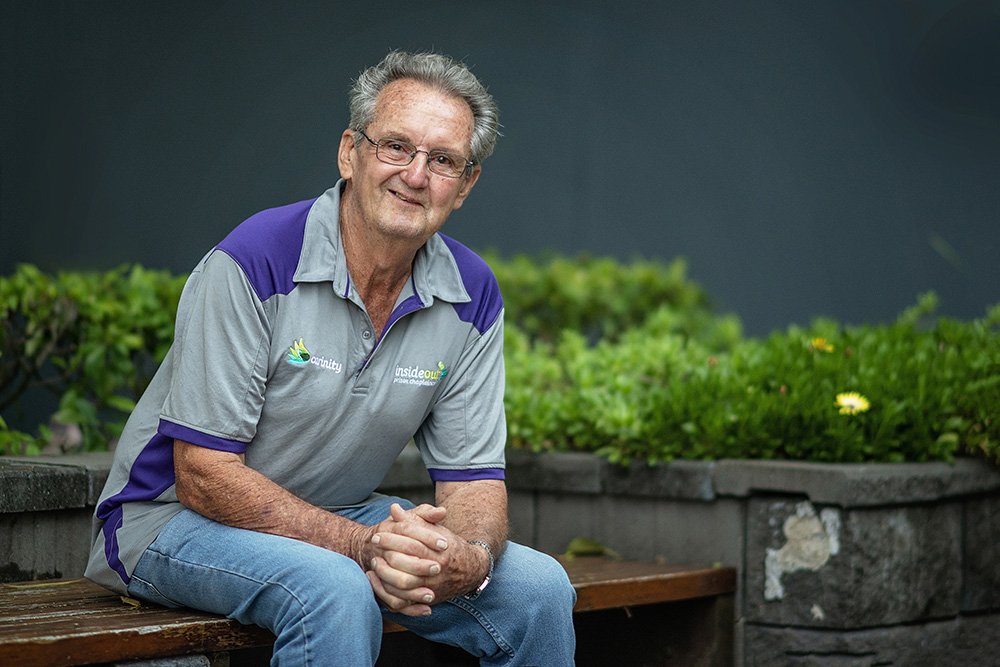 Eddie Frost remembers entering a correctional centre as a prison chaplain for the first time five years ago.

“With all the obvious fortifications and steel gates opened by someone else, you know prison is different. Security is a constant reminder but I accepted it as it being what it was,” Eddie says.

“The men I met were so ‘ordinary’ any trepidation soon went. I had no prejudice against any of them and as such never probe their past. I only ever listen.

“It is a fine line between who are inside or outside. I believe all have sinned so no one can boast about who they are before God.”

Eddie says his previous career as a funeral director, a role for which compassion and empathy are essential traits, has influenced his volunteer work with Inside Out Prison Chaplaincy.

“I think a few things happened within me during those funeral director years.  I honed my skill as a listener and communicator,” Eddie says.

“Upon reflection I would consider that during my time as a funeral director I was also a church elder, I developed a greater gift of discernment and also compassion for people.

“During this time, I got closer to those who were hurting and desperate. I am comfortable around and have a growing compassion for the prisoner.

“Prison often gives time for the prisoner to reflect and most times the chaplain has repeat opportunities to speak with them and hear their stories and have a positive input into their lives.

“So many of those who are incarcerated have a learning difficulty or they came from a dysfunctional background or some other impediment.”

Eddie’s advice for anyone wishing to become a volunteer prison chaplain is to “identify with people who are doing life hard”.

“Listen to them and ask yourself am I willing to walk with them and listen to them. You can probably give advice or have an agenda, but if that is all you have then give chaplaincy a miss,” Eddie says.

Eddie says prison chaplaincy is challenging but at the same time gratifying.

“Being a prison chaplain is demanding both physically, spiritually and mentally. Being on your feet all day I arrive home exhausted,” he says.

“Listening takes energy as well, because I want to be able to listen and respond in an appropriate way.

“My prayer each day is that the Lord would lead me to the chosen person that day. Every life that turns to Christ is a miracle in which every chaplain rejoices.”