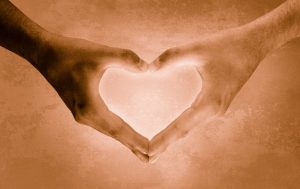 An incredible miracle happened when one of our Inside Out Prison Chaplaincy chaplains spoke to a very hardened prisoner:

“He told me his criminal history starting when he was 17 years old. I was just making easy conversation with him but at the same time I started praying in my heart for God to tell me what to say to him because his demeanour seemed so hard.

“Suddenly, God opened my eyes and showed me dozens of brilliant silver lines being sent into the prisoner’s chest. The vision was for just a second, but I knew somebody must have been praying for him.

“I said, ‘Someone’s being praying for you for a long time,’ and he replied, ‘Yeah, my sister and her husband.’ He told me they were elders in a large church and that they had been praying for more than 20 years for him to commit his life to God.

“I didn’t tell the prisoner about the vision I had seen but I said to him, ‘I believe God wants you to make that decision right now.’ He surprised me by replying, ‘Yeah, how do I do that?’ We said a prayer of repentance.

“He was sincerely touched and later told me that when I sat down to talk with him, that he knew it was now the right time for him to commit his life to God. And the interesting thing is, that was when I was praying to God for guidance!”

We just never know what’s going to happen when we reach out to seemingly hardened sinners.