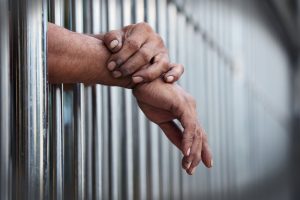 Sam* was living on the street, doing drugs, drinking excessively, engaged in prostitution, stealing cars and breaking into businesses at 17 years of age.

He was imprisoned before he was 20 and learned his trade as a career criminal from many willing tutors. They were his role models in several incarceration periods of 12 months to two years’ duration.

His parents who had surrendered him to foster care, later both committed suicide two weeks apart. One bright light in Sam’s journey was a lovely young woman who befriended him when he was 19 years old. They have three children together and are still very close.

On one stint on the outside he was involved in a car crash in which his best mate died in his arms. Sam began hating the world, lost the capacity for hope and become emotionally numbed.

He says, “I tried to be a good person, but I was lost in grief and anger and couldn’t function properly. I became a recluse.” Then Sam met a man who took him in and looked after him.

Sam still saw his girlfriend but was hated and rejected by her parents. Confused about his sexuality, Sam also explored a relationship with his male benefactor.

The relationship became violent and they had many arguments. The last argument ended with Sam taking the man’s life. Sam planned to plead not guilty. However, an inmate Sam thought of as a friend agreed with police to wear a wire and obtained a full confession from Sam while he was on remand. He was convicted of rape and murder.

Sam was filled with rage and vowed to get even and kill the informant. Every time he saw him he grew sick with hatred.

Sam did not have much time for the prison chaplains. But they seemed to want to talk to him and chatting to them helped to kill time and was a bit of entertainment.

However, 16 years into a life sentence the seeds of truth began to take root. Sam found his hard heart softening as he began to explore the scriptures seriously. After 12 months of Bible study his anger settled down and his hatred waned.

Sam was released into community housing after serving 18 years and eight months of a life sentence. How coincidental that one of his housemates should be the very man who had worn the wire that led to his conviction. Hatred flared again and only the thought of breaching parole kept it at bay.

One night he heard a voice saying, “Give it up, give it to me and you will be free.” Sam cried and prayed vigorously for hours and in the morning his hatred was gone. He told the man he forgave him and accepted that he deserved to be imprisoned for his crime.

“I carried my hate like a cancer and it was eating me from the inside,” Sam says. “One voice and I am free. God is there, and he heals us and takes our pain and all our hate and woes.”

Sam now lives as a true believer and is eager to share his story.

* Name has been changed